Lesson 2 – Sincerity is What Matters in Trial Advocacy

The keys to trial persuasion are to be sincere and to be able to project that sincerity. Sincerity, more than eloquence, a good appearance or any other attribute, is what really matters in trial advocacy. 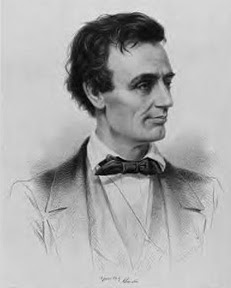 Sincerity in the trial context means that the lawyer believes the cause is just. In this bicentennial of Lincoln’s birth it is helpful to look to how this trial lawyer approached life, particularly trial work. The first Lincoln lesson reviewed his creed, which reads in part: “I must stand by anyone that stands right. Stand with him while he is right, and part with him when he goes wrong.” This second lesson continues to explore that theme.

While a trial lawyer can never state a personal opinion to a jury about the justness of the cause, no prohibition exists that bars a lawyer from being sincere about the cause. Sincerity is the quality that makes for a great communicator in trial. You are your case. If you are sincere and can project that to the jurors, you will be able to effectively convey your case to them.

Recognizing that above all else sincerity matters when it comes to communication, here is a newspaper reporter’s account of what he observed at Lincoln’s Cooper Union speech, which is the subject of Harold Holzer’s book Lincoln at Cooper Union: The Speech that Made Abraham Lincoln President, Simon and Schuster (2004):

"When Lincoln rose to speak, I was greatly disappointed. He was tall, tall, oh, so tall, and so angular and awkward that I had for an instant a feeling of pity for so ungainly a man . . . His clothes were black and ill-fitting, badly wrinkled – as if they had been jammed carelessly into a small trunk. His bushy head, with the stiff black hair thrown back, was balanced on a long and lean head-stalk, and when he raised his hands in opening gesture, I noticed that they were very large. He began in a low tone of voice – as if he were used to speaking out-doors and was afraid of speaking too loud.

"He said, ‘Mr. Cheerman,’ instead of ‘Mr. Chairman,’ and employed many other words with an old-fashioned pronunciation. I said to myself, ‘Old fellow, you won’t do; it is all very well for the Wild West, but this will never go down in New York.’ But pretty soon he began to get into the subject; he straightened up, made regular and graceful gestures; his face lighted as with an inward fire; the whole man was transfigured.

"I forgot the clothing, his personal appearance, and his individual peculiarities. Presently, forgetting myself; I was on my feet with the rest . . . cheering the wonderful man. In the closing parts of his argument you could hear the gentle sizzling of the gas burners."