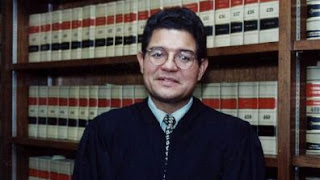 Judge Ruben Castillo of the Northern District of Illinois in Chicago covered the 12 ways and how to avoid them in an ABA Section of Litigation podcast. Here they are:

1. Wasting time. Jurors are especially concerned about their time and the time they’re giving up, Castillo said. “So the first way to lose a trial is to waste a juror’s time, and it’s something to be avoided,” he said.
2. Needlessly antagonizing the judge. “The judge has so many discretionary rulings to make, from the simple to the more complex,” Castillo said. “The best way to describe this is to say that you don’t want to offend someone that you’re going to ask to borrow the keys from.”
3. Needlessly arguing with your opponent in front of the jury, or acting in an arrogant or uncivil manner. “I think it is important to be polite at all times, and in the end it really adds to your credibility,” Castillo said.
4. Purposely handling exhibits in a clumsy manner. Every document and exhibit used in a trial must be handled in a persuasive manner that indicates to the jury that the exhibits are the buildings blocks to your trial victory, Castillo said. “Obviously, witness preparation and knowledge of the rules of evidence will help you handle exhibits in a forceful manner, and computer aids I’ve seen used in a very persuasive manner at trial, so that is something to be considered,” he said.
5. Failing to have a central theme during the trial proceeding. Inconsistent, multiple theories are to be avoided, and “you want your witnesses to be as consistent with your trial theme as possible,” Castillo said. “Also, consistency between the opening and closing arguments and everything that occurs in between is really the hallmark of victory.”
6. Giving unfocused, rambling arguments. Organizing arguments using subheadings leads to a very focused, understandable presentation, Castillo said. It also brings back the jurors’ attention from daydreaming. “I’m a big believer in what I call subheadings, or transitions, an example of which is when talking to a witness about the morning of July 10, merely using the subheading, ‘I would like to talk to you, madam, about what occurred on July 10,’” he said. “That then clues the jury to the fact that you’re now heading to what could be a critical date in the proceedings.”
7. Not focusing on the applicable jury instructions until the close of trial. “The better attorneys that I’ve seen appear before me look at and evaluate the applicable jury instructions before even starting discovery in the case,” Castillo said. “An early focus on applicable jury instructions will allow for a very focused presentation and making sure that all of your proofs are in during the trial, and obviously coming back to the applicable jury instructions during the initial phases of closing argument is an important thing for a successful advocate.”
8. Not using any diagrams, models or PowerPoint presentations during the trial. Even simple overheads are effective and useful as exhibits during the trial, Castillo said. “But certainly in today’s world, jurors expect a certain amount of entertainment, and attention-getting exhibits are useful,” he said. “Often, for example, a chronology chart is helpful in evaluating contested issues of fact and can prove persuasive with the jury.”
9. Over-cross examining every witness. This exasperates the patience of the jury and is not an effective use of the jury’s time, violating rule No. 1, according to Castillo. “Short is better, simply put,” he said. “So learn to control yourself during cross examination. Even though cross examination can be a great deal of fun, learn that you don’t have to kill every single witness to win your case.”
10. Not focusing on evidentiary problems or theories before the trial. Giving rambling, unfocused responses to objections by your opponent is a sure way to lose the ruling on the objection, Castillo said. “As a matter of fact, I like to say that the more attention and preparation you give to evidentiary issues will ensure that you get a better ruling,” he said. “Oftentimes advocates get the ruling that they put the judge in a position to give. If you give me 10 seconds to make a ruling with very little input or suggestion, then you’re going to get the best 10-second ruling that I can give you. Obviously, it’s preferable to give me more time and to give yourself more time by writing motions in limine prior to the trial that will allow the judge to use all of the resources at his or her disposal, including law clerks, in a timely and less hurried fashion.”
11. Asking to conduct voir dire examination of the prospective jurors and then managing to insult the jury venire. “The classic example of that is during an age discrimination case, I had an attorney insist on having attorney voir dire and then ask the very first lady in the jury box how old she was,” Castillo said. “It was a question that offended every female prospective juror in the pool.”
12. Failing to maintain credibility in the courtroom. Individual credibility in the courtroom is the key to success in any courtroom, Castillo said. “Keep that in mind when you’re making representations either in writing or orally before a judge or jury,” he said. “Most judges as well as jurors will remember promises not kept or assertions not fulfilled.”