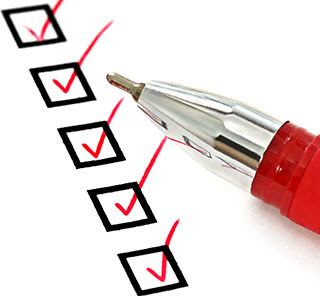 A Simple Idea for Success

For as far back as I can recall, checklists have played an important part in pretrial and trial work. Now, bestselling author Dr. Atul Gawande (pictured here) has established that a checklist is the best tool for dealing with the complexities. In Dr. Gawande’s book The Checklist Manifesto: How To Get Things Right, he makes his case with both stories and data supporting the proposition that checklists are required for success. 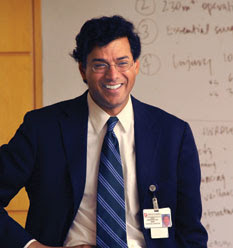 Dr. Gawande (pictured above) is a general and endocrine surgeon at Boston’s Brigham and Women’s Hospital and an adviser for the World Health Organization’s Safe Surgery Saves Lives, and as you expect many of his success stories with checklists deal with medicine. However, he also tells how checklists have improved performance in other fields including building and flight. One memorable story concerns the B-17 flying fortress. On October 30, 1935, the Boeing aircraft, which was to be the next-generation long-range bomber, took off in a U.S. Army Air Corps competition. Gawande describes what happened as follows:

“It was sleek and impressive, with a 103-foot wingspan and four engines jutting out from the wings, rather than the usual two. The plane roared down the tarmac, lifted off smoothly, and climbed sharply to three hundred feet. Then it stalled, turned on one wing, and crashed in a fiery explosion. Two of the five crew members died, including the pilot, Major Ployer P. Hill.”

The crash was attributed to pilot error; pilot Hill had forgotten to release a new locking mechanism on the elevator and rudder controls. The plane was declared, “too much airplane for one man to fly,” and the contract went to a smaller Martin and Douglas aircraft. The Army Air Corp did buy some aircraft from Boeing as test planes. The test pilots found a solution to flying the then modern and complex aircraft – a pilot’s short checklist. With the checklist, pilots flew 1.8 million miles without incident and the army purchased 13,000 Boeing B-17s.

“Much of our work today has entered its own B-17 phase. Substantial parts of what software designers, financial managers, firefighters, police officers, lawyers, and most certainly clinicians do are now too complex for them to carry out reliably from memory alone. Multiple fields, in other words, have become too much airplane for one person to fly.”

In his role as advisor to the World Health Organization, Dr. Gawande worked for the development and implementation of a “safe surgery checklist” that could be used worldwide. The results astonished even him. They showed, “The final results showed that the rate of major complications for surgical patients in all eight hospitals fell by 36 percent after the introductions of the checklist. Deaths fell 47 percent.” As he concluded: “This thing (the drop) was real.”

How important are checklists? After discussing the aftermath of hurricane Katrina and builders, Dr. Gawande concluded:

“I came away from Katrina and the builders with a kind of theory: under conditions of complexity, not only are checklists a help, they are required for success. There must be room for judgment, but judgment aided – and even enhanced – by procedure.”

Checklists For Pretrial and Trial Work

A litigator’s and trial lawyer’s work is complex, filled with technical tasks, and thus ideal for checklists. Just as there are many tasks essential in preparation for an aircraft’s takeoff, pretrial preparation involves a multitude of tasks – witness interviews, legal research, depositions, interrogatories and on and on. Without pretrial preparation checklists, it’s easy to skip a critical step. Trial is also filled with complexities, and checklists can lead to success. Dr. Gawande makes the point that recipes are no more than checklists that must be adhered to for success in cooking. Along that same line, lists of predicate questions are merely checklists of questions that must be asked to lay a proper foundation for the introduction of exhibits.

In the over a hundred posts on this blog are many useful checklists – some ours and some from other sources. Here is a checklist of those checklists for pretrial and trial success:

Checklist of Don’ts for Closing Argument

Checklist of Pitfalls for Opening Statement

Checklist of Favorable Attributes of a Trial Lawyer