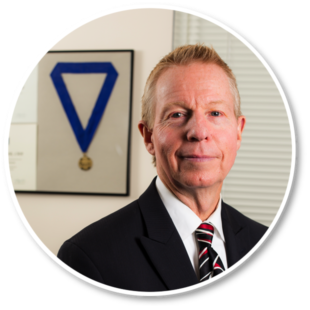 We just finished a three-day intersession course entitled Essential Lawyering Skills at Seattle University Law School that focuses on professional communication, and a major component of the course deals with depositions. The law students read, receive a lecture on and discuss how to take and defend a deposition.

As part of the instruction, Lori Rapozo, who is in charge of the Court Reporting program at Green River College, provided the students with practical advice on how lawyers should and shouldn’t take and defend a deposition. For instance, Ms. Rapozo discussed the importance of making a proper record and how to do it.

During the presentations Ron Cook (pictured above) did realtime reporting, and the students went online to follow along as Ron transcribed what was said. He also provided the students with advice about working effectively with a court reporter. Mr. Cook is remarkably skilled; he is the 2016 and 2012 National Court Reporting Association (NCRA) gold medalist in realtime Q&A and holds the Registered Diplomate Reporter (RDR) Certification, the NCRA’s most prestigious certification. Also, Ron Cook is the current Washington State speed champion.

Later, the students are divided into workshop groups, and Green River students who are learning how to be a court reporters, were present in the workshops performing as they would during a real deposition, swearing in the deponent, writing what is said and handling the exhibits. Following the course, the reporters prepare transcripts that are delivered to the students. This enables the students to see how they performed – how what they said looks in the transcript. The reporters do not clean up the transcripts, allowing the students to see their filler “um”s and “ok”s. Having the court reporters present brings the deposition experience alive and prepares the law students for what they will face in practice. 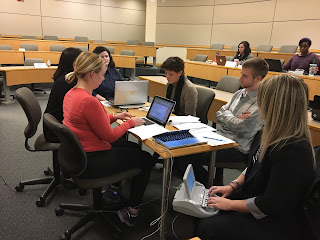 During the course Lori Rapozo provided the law students with a 15-page handout entitled “Making the Record: A Guide for Attorneys,” published by the National Court Reporters Association. Every law student and fledgling lawyer who is planning to be involved in a deposition should read this monograph, and experienced litigators would benefit from reading it for its reminders.

The following are a couple examples of tips contained in the monograph.

GOING OFF THE RECORD

Regarding going off the record, the Guide states:

The “this” Mr. Braun refers to is in fact an officer of the court, impartial,and the property of no one. The reporter’s duty is to prepare a full and accurate record of proceedings. In most jurisdictions, only when all counsel agree will the reporter stop writing. At this point , the reporter will indicate in the transcript, “(discussion held off the record.)”  The reporter will not start writing again until directed to do so by all counsel.

The Guide offers this reminder along with an explanation:

In an average day, the court reporter will write anywhere from 30,000 to 50,000 words. It is best for everyone that this not occur within the first two hours.

As with other aspects of life, the pace of legal proceedings has increased over the years. People simply talk faster than they used to. The average rate of speech now is estimated to be 150 to 160 words per minute, or about two and one-half words per second. In the heat of trial or deposition, it’s not unusual for speech to approach double that rate. At around 200 words and above per minute, speech tends to become slurred and indistinct, making it more likely that words will be misheard. . .