POWERFUL ENDING TO YOUR CLOSING ARGUMENT

Under the rule of recency, the information or idea you deliver last in your summation is what your jury will remember. For that reason, give careful consideration to how you phrase the final words in your closing argument. Under the rule of recency, it’s ideal if you close last, but, whether or not you go last, the best efforts should be devoted to crafting your parting remarks to the jury. 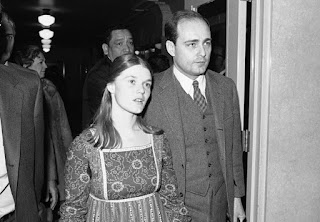 A previous post provided Vincent Bugliosi’s two concluding prosecutorial remarks in the Charles Manson case as illustrations of how to finish closing in a criminal case. The Manson case involved seven people being shot, stabbed and beaten to death. First, Bugliosi ended his initial closing in this powerful way:

Second, in rebuttal, Bugliosi stressed the magnitude of the tragedy and called for a guilty verdict with these words, pausing after each name so the jurors could remember the person:

“’Ladies and gentlemen of the jury,’ I quietly began, ‘Sharon Tate . . . Abigail Fulger. . . Voytek Frykowski . . .Jay Sebring . . . Steven Parent . . . Leno LaBianca . . . Rosemary LaBianca. . . are not here with us now in this courtroom, but from their graves they cry out for justice. Justice can only be served by coming back to this courtroom with a verdict of guilty.’” 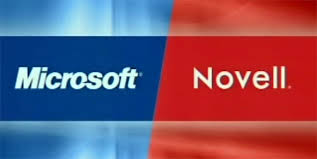 The antitrust trial of Novell, Inc. v. Microsoft Corporation provides a good illustration of how to conclude a closing argument in a civil case. In Novell, the plaintiff's contention was that Microsoft committed anticompetitive acts to undercut Novell's WordPer­fect word processor software and thus gain an unfair advantage for Microsoft's software. Microsoft responded age that Novell's product failed not because of Microsoft's anticompetitive acts, but because Novell made bad choices and Microsoft makes great products. The Novell v. Microsoft trial lasted over two months and resulted in a hung jury, with one holdout juror favoring Micro­soft. On July 16, 2012, the Judge dismissed the case, holding that Novell "did not present evidence sufficient for a jury to find that Microsoft committed any acts that violated [federal antitrust laws] in maintaining its monopoly in the operating systems market." Novell appealed and the 10th Circuit af­firmed the district court decision.
Plaintiff's counsel's final remarks provide an illustration of a motivating conclusion, incorporating the three essential ingredients. First, counsel revisited the plaintiff's case theme — Novell should have a level playing field. Second, it asked the jury to find that Microsoft engaged in anticompetitive acts. Third, it included an ethical argument that what Microsoft did to Novell was "not right." Counsel argued:
“This case, however, is about preserving the competitive process on the ability to compete in the marketplace. All WordPerfect wanted was the ability to compete with Microsoft Word and Office on a reasonably level playing field and a chance to provide an updated version of its products to its loyal user base on Windows 95 operating system.
“Now, you know, if we had been able to compete, I guess there's no guarantees, but I think we had a fair shot given our strong product at the time and the market that was available and our user base.
“But what they did to us was to make sure we couldn't even get on the field. And that's not right.
“Microsoft has stated repeatedly that it doesn't matter that we couldn't get on the field. They provide these justifications for their view. They basically say that Microsoft was so big and powerful that even — there's no way we could have won even if we got on the field. Next they will say we're so weak that even if we got a chance to play the game we wouldn't have been able to finish, that we were already some sort of sinking ship.
“But none of those excuses mean that we shouldn't have been given a chance to be on the field, given a chance to compete in this system.. .
“It became clear that we were not competing on a level playing field. Our key competitor, Mi­crosoft, could control our ability to put product out the door and did so, and that meant that it was impossible for us to fulfill our promises to customers, it was impossible for us to derive significant value, and it made much more sense for us to sell product and pursue other opportu­nities.”
“Ladies and gentlemen of the jury, we put our faith and our trust in your hands. Thank you.”
Posted by Ronald H. Clark at 11:15 AM