APPELLATE ADVOCACY - THE INSIDE STORY: THEODORE OLSON AND DAVID BOIES 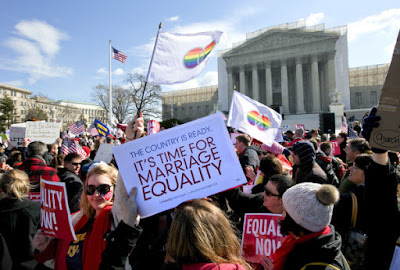 In their book Redeeming the Dream: Proposition 8 and the Struggle for Marriage Equality, Penguin Group (2014) David Boies and Theodore Olson take the reader inside the appeal of their marriage equality case challenging California’s Proposition 8. The trial court’s decision in their client’s favor eventually reached the United States Supreme Court. At this juncture, Ted Olson took the role of lead counsel because of his vast experience as an appellate lawyer including his stint as United States Solicitor General from June 2001 to July 2004. The book serves as a tutorial on how diligent and capable appellate lawyers prepare for appellate argument and argues on appeal. In both Trial Advocacy, Pretrial Advocacy and in Cross-Examination Handbook, we stress the importance of arduous preparation. Following are a couple examples from the book that illustrate excellence in appellate advocacy.

Effective appellate oral advocacy is the product of arduous preparation. Ted Olson’s preparation included vigorous questioning during moot court sessions held at Gibson Dunn’s Washington D.C. office. The room was arranged to simulate the Supreme Court’s setting, and the select lawyers from the firm and David Boies assumed the roles of Supreme Court justices and posed challenging questions that those justices might ask.

Assessments of the Justices

Redeeming the Dream describes the process that the appellate lawyers went through in order to get Olson ready to persuasively respond to the justices questions as follows: “Our typical procedure for Supreme Court arguments is to have members of our team assemble assessments of each of the justices in order to evaluate how they might approach the upcoming case, what questions they might ask, how they might see the issues, ant to preview as much as  possible their ultimate take on the case.” This is good practice for any appellate argument.

How you begin your argument is important because it is your opportunity to state your theme and the gist of your argument before the court’s questioning intervenes. Redeeming the Dream makes this point: and describes the care that Olson took to prepare those words, as follows: “Ted focused yet again on the first words for the court that he had carefully crafted. That was all he might reasonably expect to get out before being interrupted by questions from the bench.”

Here are the words Olson crafted: “Proposition 8 walls off gays and lesbians from marriage, the most important relation in life according to this court, thus stigmatizing a class of Californians based upon their status and labeling their most cherished relationships as second-rate, different, unequal, and not okay.”

Olson was second to argue before the Supreme Court and the justices had devoted much of their questioning of opposing counsel to the issue of standing, and therefore, Olson began by acknowledging that the court wanted him to discuss standing but than said that it was important to put the case in context and led with his prepared statement. After he got his chosen words out, Justice Roberts said, “Mr. Olson. I cut off your friend before he could get into the merits.” Olson responded, “I was trying to avoid that, Your Honor.” Roberts responded, “I know.” Redeeming the Dream notes: “It was a warmly human exchange, and the crowd in the courtroom responded with laughter.”

Closing remarks for an argument are as important as how you begin your argument. Redeeming the Dream observes: “We strongly felt that the Court should not wait to  grant marriage equality, and Ted, drawing from his weeks of preparation, concluded with a sentence succinctly summarizing where society had come on this issue:

“‘I respectfully submit that we’ve learned to understand more about sexual orientation and what it means to individuals. I guess the language that Justice Ginsburg used at the closing of the VMI case is an important thing. It resonates with me:

‘A prime part of the history of our Constitution is the story of the extension of constitutional rights to people once ignored or excluded.’”