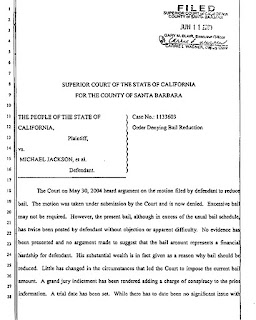 Time for a new tradition – awarding the Priceless Court Order of the Year. Criteria for the Award are at best ambiguous.

The recipient of the 2011 Priceless Court Order of the Year was not the one shown here. Rather it goes to the First Division of the Commonwealth of Kentucky’s Kenton Circuit Court. When the parties informed the court that the matter had been settled and there was no need for trial, Judge Middleton entered this order in Barbara Kissel vs. Schwartz Maines & Ruby Co., LPA, et al. (Cause Number 09-C1-0016):

“And such news of an amicable (footnote states that the Court used the word ‘amicably’ loosely) settlement having made this Court happier than a tick on a fat dog because it is otherwise busier than a one-legged cat in a sand box and, quite frankly, would have rather jumped naked off a twelve foot step ladder into five gallon bucket of porcupines than have presided over a two week trial of the herein dispute, a trial which, no doubt, would have made the jury more confused than a hungry baby in a topless bar and made the parties and their attorneys madder than mosquitoes in a mannequin factory. IT IS THEREFORE ORDERED AND ADJUDGED by the court as follows: The jury trial scheduled herein for July 13, 2011 is hereby CANCELLED.”